Macross 7 the Movie: The Galaxy's Calling Me!
Macross FB7 Galaxy Flow Soul: Listen to My Song!

Fire Bomber (ファイヤーボンバー, Faiyābonbā, often stylized as FIRE BOMBER) is a legendary rock band from Macross 7 (and related projects such as Macross 7: Trash, Macross 7: Encore, and Macross Dynamite 7). In real life, Fire Bomber's music was performed by Yoshiki Fukuyama (as the singing voice and guitar of Basara Nekki), Chie Kajiura (as the singing voice of Mylene Jenius), and occasionally by Tomo Sakurai (the acting voice of Mylene).

Fire Bomber were pivotal in the defeat of the Protodeviln after it was discovered that their music was the only thing capable of affecting them. Three of their songs were also featured in the 2008 series Macross Frontier, as S.M.S. Skull Leader Ozma Lee is a fan of the band.

In Macross Frontier Movie: The Wings of Goodbye, Ranka Lee and several members of the S.M.S. acted as cover band of Fire Bomber (titled "Lovely Bomber") as part of a diversion to free Sheryl Nome from prison.

While it's unclear when exactly Fire Bomber was first formed, it is known that Ray Lovelock was once a fighter pilot, wandering aimlessly after getting shot down and losing his best friend in combat. It is during this time that Lovelock encounters the hot-blooded 7-year old Basara Nekki, and takes him under his wing. Seven years later, they form a band, with the 14-year-old Basara as the lead vocalist and Lovelock as a keytar player. They are soon joined by drummer Veffidas Feaze, a former Zentraedi wrestler.

In 2038, Lovelock and Basara move to the Macross 7. Several members join the group, but none could get along with Basara.

In March, Mylene Jenius joins the group as bass and accompanying vocalist. They make their first debut in City 7, with mixed results. However, a famous music promoter, Akiko Houjoh, recognizes Fire Bomber's potential, and begins making moves to help the group out. Hostilities soon break out as the mysterious alien Varauta forces begin attacking the colony fleet. This prompts Basara to pilot his VF-19 Kai "Fire" Valkyrie and sing on the battlefield. As time goes on, this peculiar behavior begins to attract an audience, and soon, the group starts to receive recognition for their antics.

In September, Fire Bomber is is recruited to form the independent force known as the "Sound Force" after it was discovered that Basara's singing had a profound effect on the Protodevlin forces.

Soon after, Fire Bomber's reputation became legendary as they led the assault to defeat the Protodevlin forces, and save the Macross 7 fleet.

Fire Bomber were mentioned as one of Freyja Wion's musical influences.

Chuck Mustang, a pilot of Siegfried unit, Δ03, is a fan of Fire Bomber. He even named some of his attacks after their songs. 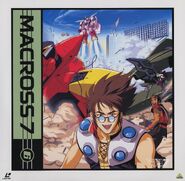 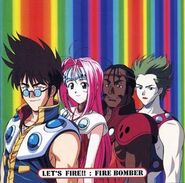 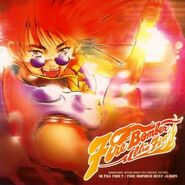 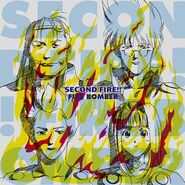 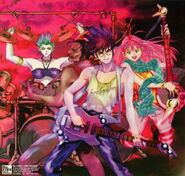 Refire!! album cover.
Add a photo to this gallery

Retrieved from "https://macross.fandom.com/wiki/Fire_Bomber?oldid=43224"
Community content is available under CC-BY-SA unless otherwise noted.