Start a Wiki
Haruhiko Mikimoto (美樹本 晴彦 , Mikimoto Haruhiko?), whose real name is Haruhiko Sato and once went under the pen name HAL is a Japanese anime character designer, illustrator and manga artist. He was born August 28, 1959 in Tokyo Japan. Mostly active during the 1980s, during that decade he rose to prominence and is considered one of the top character designers of his time.

Haruhiko always had a passion for drawing. He developed his skills for drawing in amateur clubs and activities in Keio High School. It was here where he met future collaborators Macross creator Shōji Kawamori, manga artist Fujihiko Hosono, and Macross screenwriter Hiroshi Ônogi. He advanced to the Keio University Faculty of Engineering where he worked as an assistant for Hosono. Haruhiko then joined the studio Artland and was placed in charge of designing guest characters in the Animation and Genga department. One of the first projects was the "Science Rescue Team Techno" Voyager in Astro Boy directed by Noboru Ishiguro. He then participated in the animated television series Super Dimension Fortress Macross, a project by Studio Nue where Kawamori worked.

His work as the character design and character drawing director on Macross gained him critical acclaim from critics and anime fans alike. His signature "Mikimoto Chara" delicately captures the "beauty" of a beautiful girl, a motif that is very much present to this day. Following his success with Macross, he worked on Super Dimension Century Orguss and " Megazone 23, and has since established himself as a popular character designer.

In the years to follow, he became independent from Artland and worked as an illustrator for light novels and magazines. He worked on a serialized manga entitled Marionette Generation in 1988. He also worked on Gunbuster (Aim for the Top! in Japan) and Mobile Suit Gundam 0080: The War in the Pocket. He followed up his Macross work with returning as the character design for Super Dimensional Fortress Macross II: Lovers Again, Macross 7 and Macross Dynamite 7, and worked on the serialized manga tie-in, Macross 7: Trash. He also also approached to work on the character designs for the 2016 television series Kabaneri of the Iron Fortress.

In 2009, during Macross 27th year of broadcasting, he was commissioned to work on Super Dimension Fortress Macross The First. He has stated in interviews that he was considerably troubled when deciding to accept this project, but saw it as an opportunity for many new fans Macross Frontier to experience the original series in a modern way.[1] For this much delayed adaptation, he challenged himself to work almost completely digitally. A company called Dospara sponsored to build him his art station just for this project.[2] 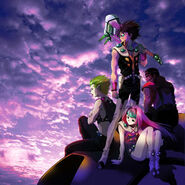 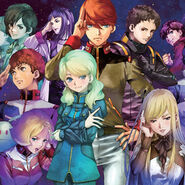 Mikimoto tribute to the Gundam franchise. 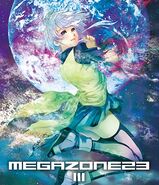 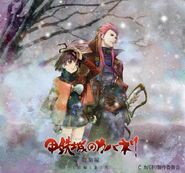 Mikimoto worked on Kabaneri of the Iron Fortress.
Add a photo to this gallery

Retrieved from "https://macross.fandom.com/wiki/Haruhiko_Mikimoto?oldid=35603"
Community content is available under CC-BY-SA unless otherwise noted.