26 episodes
Macross Δ (マクロス, Makurosu Deruta), also known as Macross Delta, is a 2016 anime television series. It is the latest entry within the Macross Timeline, set in 2067, eight years after the events of Macross Frontier. It aired from April to September 2016 on Tokyo MX and BS11.[1][2]

In A.D. 2067, deep within the Brisingr Globular Cluster, a mysterious disease called "Vár Syndrome" begins infecting humans and Zentradi alike, causing them to go berserk and resulting in massive loss of life and property.

An interstellar enterprise known as Chaos forms Delta Flight and the tactical sound unit Walküre to counteract the spread of the Var. Walküre's idols' power lies in their singing, which contain powerful "bio-fold waves" that help calm those infected with the disease. Mikumo Guynemer, Kaname Buccaneer, Makina Nakajima and Reina Prowler tour system to system in hopes to quell the symptoms of the disease.

At the same time, an elite variable fighter unit known as the "Aerial Knights" of the "Kingdom of the Wind", led by King Gramia VI, Heinz Nehrich Windermere and Chancellor Roid Brehm, having found a way to exploit the Var, openly declare war on the New United Nations Government. They blame them for the use of a Dimension Eater on their planet, among other war crimes committed in their home system of Windermere seven years ago.

Caught in the conflict is would-be Walküre idol Freyja Wion and Delta Flight pilots Hayate Immelman and Mirage Farina Jenius. They will soon be entangled with the mystery of the Protoculture and the legendary Star Singer. The curtain is raised for the story of passionate teamwork and love larger than a star system.

A new Macross television series was first announced at a Kanto-area rerun of the Macross Frontier on the last Wednesday of March 2014.[3][4] On October 20, 2014 around 00:000 Japanese time during the FIRE BOMBER 2014 BASARA EXPLOSION CONCERT, it was revealed that auditions to find new singers and voice actors would begin on December 1, 2014 and more information would be revealed about the series in November.[5][6]

Auditions began on December 1st as intended. They were held at Joysound's Karaoke boxes across Japan. Applicants would choose their most favorite Macross song from the karaoke list, record oneself singing the song by the box's "Utasuki Douga" function, then send the video via Joysound's special site for the audition. One was required to must be 25 or under as of January 30, 2015, and a resident of Japan. One could be either a professional or amateur singer, but the condition was that one currently had no contract with any record companies, regardless if it was a major or indie label.[7]

To celebrate the auditions, Macross Card Fighter held a special campaign where users input a new keyword each day in order to get a new Minmay card illustrated by Risa Ebata.[8]

On February 7, 2015, it was reported that over 8,000 people auditioned to star in Macross Δ. The organizer was then in the process of choosing the finalists with videos and profile documents. The final selection round was held in Tokyo in late April. The finalist went through interviews with the judges, and demonstrated their singing and voice performing skills. It was stated that the new heroine would be announced on the portal site for the Macross franchise with more information about the anime.[9] A two-part feature documenting Minori Suzuki and JUNNA's audition process was produced for the series' home release.

On October 26th, Shoji Kawamori attended the Macross Plastic Model Discussion stage event at the All Japan Model and Hobby Show on Saturday with representatives from six plastic model and hobby companies. During the event, Kawamori provided more details on Macross Δ. The franchise's official website had posted images of two new variable fighters from the series the following day.

Kawamori confirmed that both fighters in the visual are "Valkyries" (transforming variable fighters), and he specifically cited the Swedish fighter Saab 35 Draken as an inspiration for the fighter in background. He added that he has been fan of Draken since he was a child.

He also acknowledged that the fighter in the foreground shares a design lineage with previous variable fighters in Macross anime and therefore was less of a challenge to design. By contrast, the background fighter will feature a relatively new transformation scheme that bears little similarity to those of previous Macross variable fighters.

The emcee also noted that the two fighters have exhausts in different colors, and Kawamori explained that this is because the fighters come from different manufacturers. Kawamori also noted that he has been deliberately avoiding more direct design inspirations from current real-life fighters, since stealth considerations have made real fighters look more similar and harder to distinguish from each other.

Kawamori added that this new series will emphasize "Valkyrie vs. Valkyrie," as opposed to previous television series. While video series such as Macross Plus and Macross Zero prominently featured variable fighters against each other, Kawamori has not done this in a Macross television series in a long time.

The emcee of the event noted that the Macross Δ logo features a planet within the Japanese characters that form the word "Macross." Kawamori specifically noted that this is in direct contrast with Macross Frontier, whose setting was primarily in space. He started to describe more about Macross Delta's setting but stopped short and asked fans to watch the Macross Δ Super Dimension Production Announcement Meeting (「マクロスΔ（デルタ）超時空製作発表会」, Makurosu Deruta Chō Jikū Seisaku Happyōkai) on October 29.

Kawamori pointed out that the delta symbol in the logo is made of triangular symbols, to symbolize the three main thematic elements of Macross: music, a love triangle, and transforming fighter planes. However, he noted that the two symbols are split, and explained that this is indicative that the three elements will not come together as expected in the new story.[10] On December 4th, a PV revealed a song from the franchise, "Ikenai Borderline", sung by idol group Walküre.[11][2]

The first mini live concert "Waccine Mini Live" was held at Lazona Kawasaki Plaza. Minori Suzuki and JUNNA appeared and performed several songs, including "Koi! Halation THE WAR" and "Rune ga Pika tto Hikattara". The venue was reportedly packed, with the 2nd floor up to the 5th floor filled to capacity. JUNNA was noted for her mature singing voice and Minori for the "genki" energy she brought in her performance. At the end of their show, they both exclaimed "Gorigori Attack!". The success of this event confirmed Walküre's popularity beyond the television series.[12]

Similar to the Macross Frontier Deculture Edition version of the first episode of Macross Frontier that aired before the series began, the first episode of Macross Δ, Prologue on the Battlefield, also had a special airing called Macross Δ Episode 1 Prefetch Edition (『マクロスΔ（デルタ）』#1先取りエディション, Makurosu Deruta Dai-ichi Sakidori Edishon) which took place on Thursday December 31, 2015 at 18:00 JST on Tokyo MX and BS11.[13][14] The series itself, however, was stated to begin airing in spring. On March 9, 2016, the official airdate for was finally announced via the Macross Δ spread in the April 2016 issue of Animedia magazine.[1] 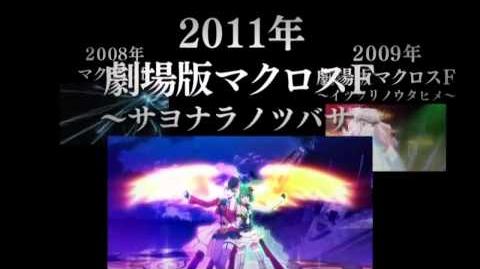 Teaser of the series.

Promotional art for the idol auditions. 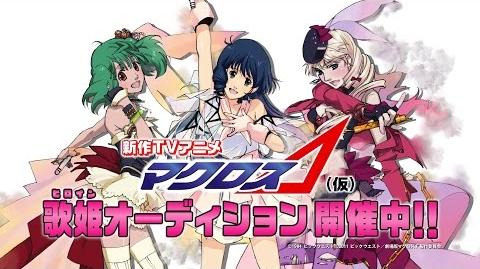 The first key visual of the new Valkyries by Hidetaka Tenjin. 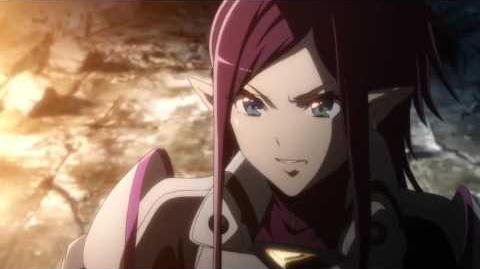 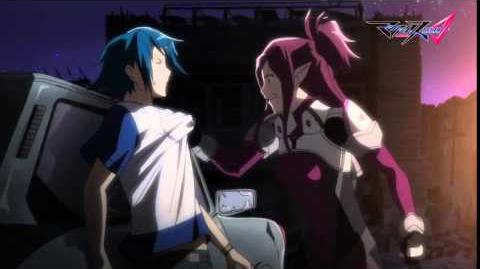 「マクロスΔ（デルタ）」特番番宣スポット
First video and the debut of "Ikenai Borderline". 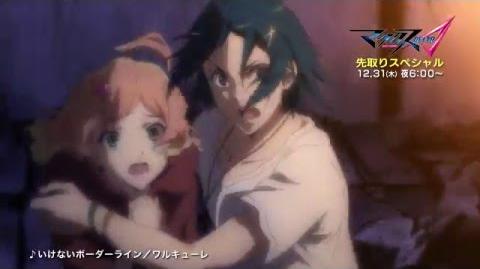 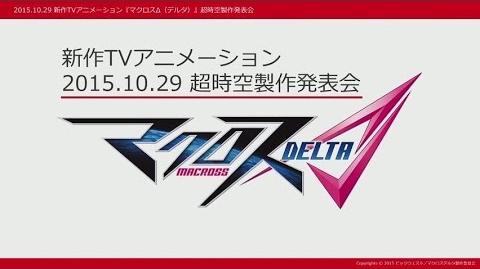 The first official poster of the series showing airing times on different channels.

Macross Δ in Animedia April 2016 Issue. The initial airdate is in the top right corner.

Freyja and her sparkling rune in this magazine spread promoting the series.

Visual of Freyja and Hayate on the SDF/C-108 Macross Elysion in Ragna.

Magazine spread of Frejya, Mirage and Mikumo Guynemer having fun under the sun.

Magazine feature following the second half of the series, and the shocking end of Messer Ihlefeld.

Walküre, Mirage and Hayate poster art available with the home release of the series.

Macross Delta 9th volume box art featuring all the protagonists of the series.

Home video cover art for the real-life Walküre and one of their live concert events.