Macross 7 -Shake the Heart of the Galaxy-

The Macross 7 fleet has run into what appears to be an inhabitable planet. Reconnaissance units were sent to investigate, but none of them returned.

The game follows the same pattern of regular horizontal scrolling shooting games, but with some unique differences.

The player is required to select at least one member of Fire Bomber plus two others. The game consists of six stages, with most of them divided into 3 parts. During the first and second parts, the player can switch between the 3 members anytime using the Select button. Power-ups consist of P symbols that increase shot power for up to two levels, B symbols that are screen-clearing attacks from Battle 7, and E symbols that restore Variable Fighter energy.

There is an option to change modes of the variable fighter (Fighter, Gerwalk and Battroid) during the intermission between the first and second parts, though some screens only permit specific forms and sometimes not allow changes.

The last part is usually a boss fight and the control scheme will differ depending on which character type enters the confrontation.

Switching characters and pausing is disabled during boss fights.

If any one member's Variable Fighter is destroyed, the game will end. Continues are unlimited however and the player can save between stages.

The game is short and fairly easy to finish, but requires multiple playthrough to complete the extensive pixel-art gallery. 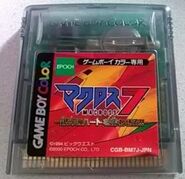 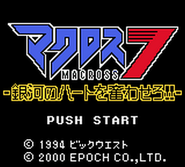 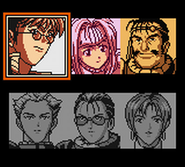 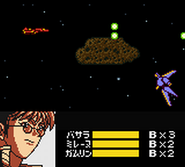 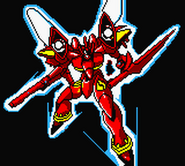 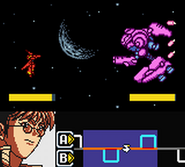 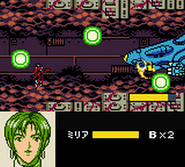 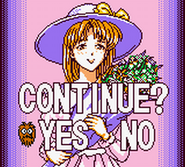 Gubaba and Flower Girl in the Continue Screen 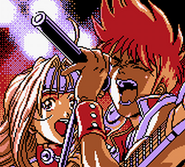 Basara and Mylene singing a duet. 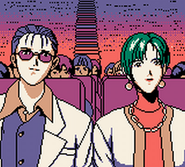 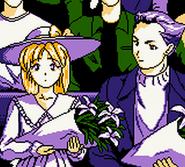 Gamlin and the Flower Girl. 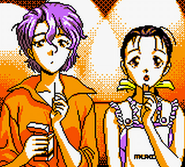 Sally & Miho.
Add a photo to this gallery

Retrieved from "https://macross.fandom.com/wiki/Macross_7_-Shake_the_Heart_of_the_Galaxy-?oldid=42476"
Community content is available under CC-BY-SA unless otherwise noted.