Makina Nakajima (マキナ・中島, Makina Nakajima) is a character from the Macross Δ television series. She is an 18-year-old member of the tactical sound unit Walküre. She lives with her best friend, lover and fellow Walküre member, Reina Prowler. Her Walküre catchphrase is "Music is Hope". Her character song is "Onya no Ko☆girl".

Makina is one of the kindest and most loveable members of Walküre. She enjoys being the life of the party, and likes giving people and things cute nicknames. She cares deeply for fellow Walküre member, Reina Prowler and would do anything to protect her.

Despite her flighty nature, Makina is one the most determined members of the group. Even when things are at their lowest, Makina is the first one to cheer everyone up.

Though her current role is a member of an idol group who performs in Vár Syndrome outbreak hot spots, Makina's first love is tinkering with machinery, since she comes from a distinguished family of engineers. As a result, she also has knowledge of a wide array of Variable Fighters and Zentradi Battle Armor. Though she generally favors the modern machines, Makina openly admires contemporary variants of classics like the ZBP-104 Regult and the VF-1EX Valkyrie as well.

During downtimes with no performance lessons or rehearsals, she assists the Chaos mechanics in repair and maintenance of the Delta Flight's VF-31 units and the "Cygnus" multi-drones that they use during terrestrial live shows.

Makina also has a knack for costume design, since she was the one who provided the other Walküre members with such to improve their image early on.

Following a public audition in 2064, Makina Nakajima was scouted as a member of a tactical sound unit that Chaos was organizing alongside Lydie LeGrand and Claire Paddle. Since the unit was supposed to perform at the center of a battlefield, all members were subjected to intensive survival training in between performance lessons.

Makina's main motivation for joining was to be able to pursue two of her major interests at once: music and mechanics, but she wasn't prepared for the life she had to lead as part of this experimental group.

Early on, Makina had to endure a rocky start, especially with survival training and getting a certain uncooperative member to participate, namely Reina Prowler, who was originally a hacker for Chaos' information department. Makina didn't get along with Reina in the beginning, which made coordination difficult during impromptu battlefield concerts. After a series of unsuccessful operations, a major backer of Chaos going by the name "Lady M" threatened to disband Walküre if they fail the next mission. Makina was considering quitting at the time, but has a change of heart after hearing the news.

She then suggested the group adopt a more visually elaborate aesthetic by using costumes instead of combat uniforms, and also helped in the development of special gas jet clusters that gave the team a wider range of movement in the battlefield using her engineering prowess. This overall change coupled with Delta Flight's cooperation tilted the odds in Walküre's favor, establishing their importance in the fight against the mysterious disease.

Her relationship with Reina also improved to a point that they now share a home in Ragna, the two becoming totally close and inseparable.[1]

In 2067, Makina, along with the rest of Walküre, were on a routine patrol mission on the planet Al Shahal when a Vár Syndrome outbreak occurred on Shahal City. A sneak attack by the Aerial Knights of Windermere laid waste to the planet's defenses. Due to the efforts of Delta Flight and Walküre, the attack was halted. It was during this battle that members of Walküre discovered Freyja Wion's unusual singing ability. During the debriefing, Makina encouraged Freyja to try out for an audition on the planet Ragna. Frejya agreed, and some time later, joined Walküre.

Throughout the war with Winderemerians, Makina always made sure to cheer up her friends. She encouraged Mirage Farina Jenius to loosen up and pursue a relationship with Hayate Immelman (to disasterous results), and enjoyed spending time with Freyja, Chuck Mustang and Reina. She also liked playing tricks with Mikumo Guynemer.

When the war reached Windermere, Makina sacrificed herself to protect Freyja from sniper fire. She survived, and continued to encourage Walküre to keep singing until the war was finally over.

Reina Prowler
A member who, in contrast to Makina's lively attitude, is very quiet and close-minded. She is a skilled hacker who used to be at odds with Makina, but they grew fond of each other over time to the point of becoming inseparable. She would give anything to protect her.

Makina during a performance at Al Shahal.

Makina in disguise inside a stalled Suspension Rail Car.

Makina and Reina Prowler during a jellyfish festival in Ragna singing with a happy Q-Lulu.

Another gravure image from Makina.

Makina hugging her partner Reina beside Mikumo Guynemer at the Tokyo SkyTree.

Makina for the special Uta Macross event for the release of Macross Δ Movie: Passionate Walküre.

The cute Makina having a taste of her sweet cooking.

Makina ready to ride her motorcycle.

Skimpy Makina for the Halloween event at Uta Macross.

Makina lounging in her harem gear.

Makina, the sweet and cute member of Walküre. 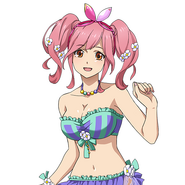 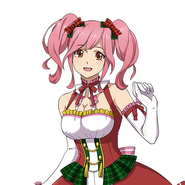 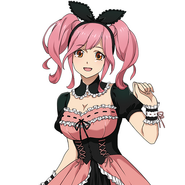 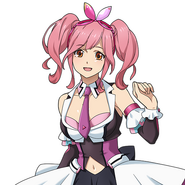 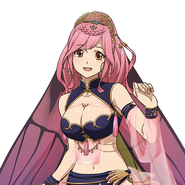 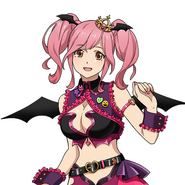 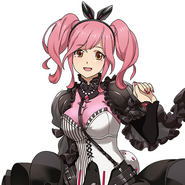 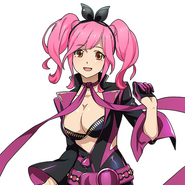 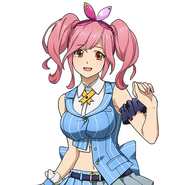 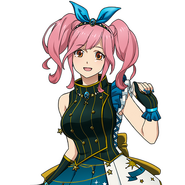 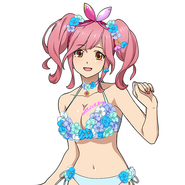 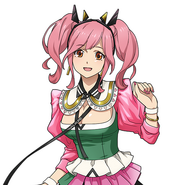 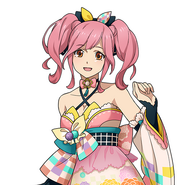 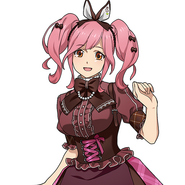 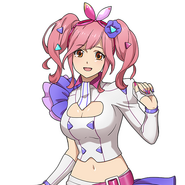 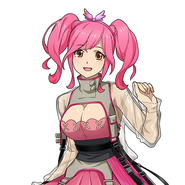 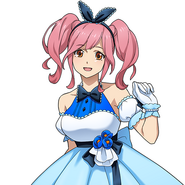 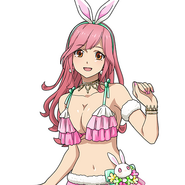 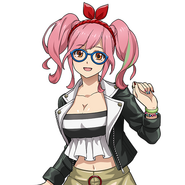 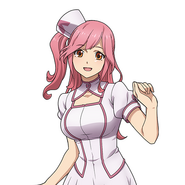 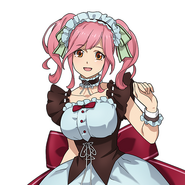 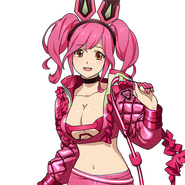 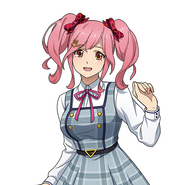 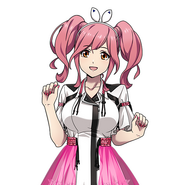 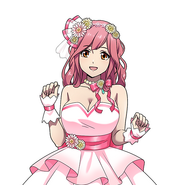