The game is an improved version of the Super Dimension Fortress Macross (Famicom) for the Family Computer. Aside from Hikaru, the player can also choose to play as Max or Milia. Each character has different types of power, range and weapon effect per VF-1 mode (Fighter, Gerwalk and Battroid). Power-ups obtained will increase weapon range and potency for up to three levels each.

If the VF-1 is hit, some shield power is lost, along with 1 power up level of the present mode. When shield power is reduced to zero, the Valkyrie is destroyed. There are continues, but the player has to start from the beginning of the last stage played.

The "Minmay Cannon" is available for all characters. The Valkyrie will be covered by an energy field if no weapons are fired. When the right enemy is hit at this state, they will serve as an option weapon that will last until the VF-1 is destroyed or upon finishing the stage. 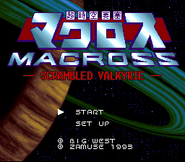 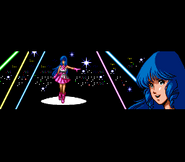 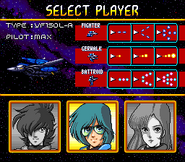 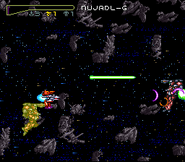 The game has been noted for being difficult, even on easier settings. Many have complained that it requires a trial-and-error approach as players don't get unlimited lives and there are no checkpoints. Some players have noted that levels go on for a bit too long, and that the sound effects can get tedious to listen to. However, some have praised the game's presentation and music, citing how it feels close to the actual anime.[1]