Gameplay is similar to many basic horizontal shooting games.

The player's VF-1S has a power meter that gradually decreases. It will decrease further when hit by enemies or traps. The VF-1S will be destroyed when the power meter drops to zero and the next one will have to start from the beginning of the stage.

Fighter, Gerwalk and Battroid modes can be used at any time. Each mode affects the scroll speed of the screen and the gun pod's rapid-fire rate, allowing for many kinds of strategies and attack patterns. The gun pod ammo is infinite and the player also has a starting stock of 2 missile batches that can be launched in a barrage by using the Select button.

Every screen's overall cycle that repeats over and over is as follows: The VF-1S starts in outer space and encounters Regults, Nousjadeul-Gers and other Zentradi units. A Thuverl-Salan-class ship soon appears and the object is to infiltrate the interior and destroy it within at least thirty seconds upon entry by attacking the core. If successful, the system adds remaining infiltration time and power to the player's score.

The difficulty spikes slightly with every cycle, with the enemies getting faster and more numerous, additional traps appearing, the distance before reaching the next Zentradi ship ship getting farther and farther, among others. In line with this, the infiltration time limit upon entering the ship will also increase every few cycles. The game only ends when all remaining VF-1Ss are lost.

Details at the back of the box. 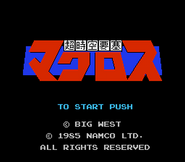 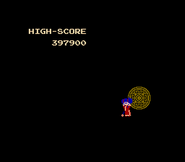 Minmay banging a gong to signal the start of the game. 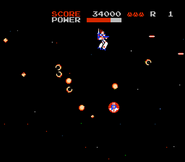 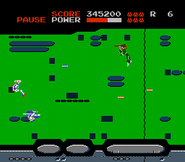 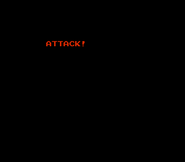 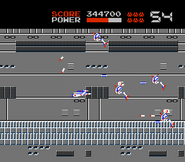 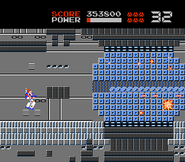 The Zentradi ship's core.
Add a photo to this gallery

Retrieved from "https://macross.fandom.com/wiki/Super_Dimension_Fortress_Macross_(Famicom)?oldid=42420"
Community content is available under CC-BY-SA unless otherwise noted.