Several staff from the original returned, such as character designer Haruhiko Mikimoto, screenwriter Tomita Yuhiro, sound director Yoshinori Honda and several others. However, Studio Nue did not participate in the production, and was instead led by AIC.

Kazumi Fujita was originally going to be the mechanical designer, but left the project early and was then taken over by Koichi Ohata. Masami Otaki also took over the impressive mecha animation during the fifth episode. Meanwhile, Shigero Sagisu composed music for the series. 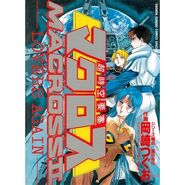 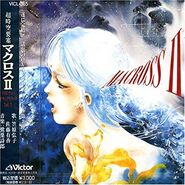 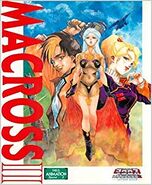 All six episodes were dubbed by Animaze and released across three VHS volumes by US Renditions, each volume contained two episodes. The first two volumes cost $24.95 each and members of Books Nippan Fan Club only had to pay $21.95.[1]

The DVD version contains all six episodes in one package of two DVDs, and was released on June 25, 2001. Bandai published the OVA on Blu-ray, which contained two discs, on July 25th 2014. The latter is a digital remastered version of the HD negative scan.[2]

Retrieved from "https://macross.fandom.com/wiki/Super_Dimensional_Fortress_Macross_II:_Lovers_Again?oldid=42928"
Community content is available under CC-BY-SA unless otherwise noted.